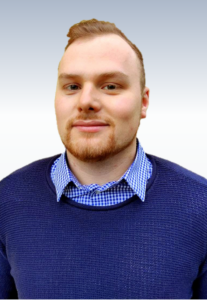 drian Asendorf joined the MMNI lab as a PhD candidate in January 2022. Already while conducting his master’s thesis project in our group in 2021, he became highly interested in unraveling the mechanisms of dopaminergic modulation of cognition and locomotion in the context of Parkinson’s disease. For this purpose, he employs resting state fMRI and task-based fMRI together with dopamine sensitive PET imaging in a multimodal approach to investigate the mechanistic link between dopaminergic degeneration and alterations in dynamics of large-scale functional networks. Furthermore, he is highly involved in the implementation of the currently ongoing DoMoCo study in the context of the SFB1451 research grant, which is aimed to address the effects of progressive dopamine deficiency on networks engaged in vigorous volitional movements, dynamic network states and network topologies in Parkinson’s disease. Finally, Adrian is committed to building and maintaining a reliable IT structure for the MMNI lab.